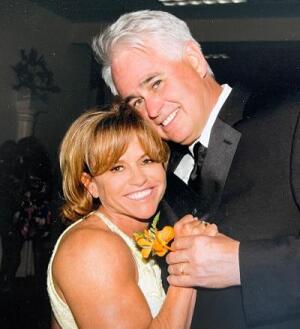 Willy H. Miller, 63, went home to be with the Jesus on November 20, 2021, at his home in Parker, Colorado. He was born in La Junta, Colorado on March 27, 1958, to Billy George Miller & Sonja Prather. In 1981, Bill married Judith K Hannebuam. This extended the family to 7children, his sister Shelby (Pueblo CO), brother Monty (San Antonio TX), and step siblings Jody, Janice, Jerry & Julie.

On January 20, 1980, he married the love of his life Brenda Lynn Morlan, they moved to Seattle WA where he worked for Boeing and his son William Michael (1981) was born. In 1982 the family moved to Tucson AZ, where his daughter Alicia (1984) was born. A couple of years later the family moved to Littleton Colorado, where he had a fulfilling career of 33 years in the Aerospace Industry (Martin Marietta, Lockheed Martin & United Launch Alliance). He retired as the Atlas Chief Engineer in 2018 after being a part of 100+ launches with 100% of Mission Success.

He enjoyed Golfing, Traveling, and the outdoors. Most of all spending time with his wife, children & grandchildren.

He is survived by his wife Brenda, son Mike, daughter Alicia, and five grandchildren Madison, Jace, Charley, Lane and Vaughn III. He is preceded in death by his father Bill, grandparents Harley & Ethel Miller.

To send flowers to the family or plant a tree in memory of William Harley Miller, please visit our floral store.

A Memorial Tree was planted for William