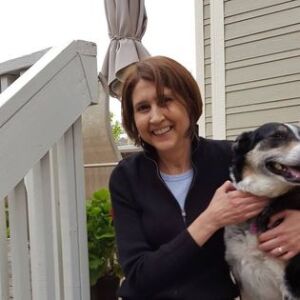 Wendy Ray Schultz, 59, of Parker, CO, passed away at home on November 5, 2021.  She was born of November 25, 1961, in Portsmouth, VA, the daughter of  Dr. A.Graham and Helen Ray.  After high school she received her BS in Geology from the University of Kentucky, Lexington, KY in 1984 then went on to receive her MS in Geology from Indiana University, Bloomington, IN in 1986.  In 1992 she received her MBA in Finance from the University of Kentucky, Lexington, KY.

On August 6, 1988 she married Charles Schultz in Greensboro, NC.  They raised two daughters Whitney and Kelly Schultz.  Wendy enjoyed to travel, hike, camp and ski.  She was also an avid reader.

She was a member of the American Association of Petroleum Geologists (AAPG).

Wendy worked as a  Petroleum Geologist for Term Energy Corporation from 1986-1992 in Lexington, KY.  From 1992-1998 she worked as an Exploration Geologist for Texaco, then from 2000-2002 she was a Business Planner for Central U.S. Assets (Chevron Texaco).  From 2003-2004 she worked as a Budget Analyst for the Governor's Office of State Planning and Budget (OSPB) then was the Financial Manager for the State of Colorado, Department of National Resources, Colorado Oil & Gas Conservation Commission from 2004-2020.

She was preceded in death by her brother Kenneth Graham Ray.

In lieu of flowers, memorial donations may be made to the Denver Dumb Friends League, the Colorado Bridges Broadcast Center, Kay Yow Cancer Fund, and/or Western Guilford H.S. Track & Field.

An additional celebration of life will be held in Greensboro, NC on Saturday November 20th, 2021 at 11 AM at Forbis & Dick Funeral Home 5926 W Friendly Ave, Greensboro, NC 27410

To send flowers to the family or plant a tree in memory of Wendy Ray Schultz, please visit our floral store.