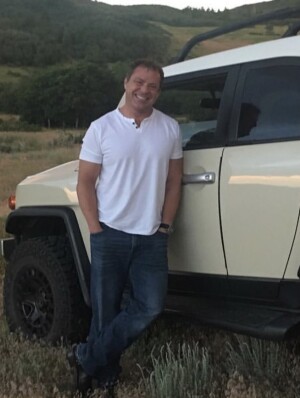 We are devastated to announce the sudden passing of our father, Thomas James Hood. He died doing what he loved – riding his bike. He may have left this world suddenly, but he spent a lifetime showing family and friends how much he loved them. Always up for an outing, he was surrounded by friends that shared his same interests. He loved Titus, his German Shepherd, working on his yard and working in his garage. He was proud of his German heritage and his German mind – which allowed him to build anything he wanted – and well! A skilled carpenter, he built furniture, frames, planters, and other items throughout his life – and at the same time he also knew how to build a rifle like no other. There are many in both the military and law enforcement arena that own weapons he crafted. A skilled marksman, as well as a Christian, he volunteered hundreds of hours over the years performing church security in Castle Rock. Anyone knows that if something bad was going to happen anywhere – you wanted Tom there to save everyone.

Most important in his life though were his children. Connor, his 29-year-old son and C.J., his 15-year-old daughter were his world. He lived and breathed to be a father. Their world will never be the same again without him in it. Having heard from so many of his friends, we know others feel the same. We would love for you to join us in a celebration of his life on June 22nd at 1:00pm at Plum Creek Church in Castle Rock. We will send him off with a short service – to include both smiles and laughs. Refreshments will be served in the church café immediately following.

He is survived by his son Connor Jaynes of Denver, CO, his daughter C.J. of Castle Rock, CO, his mother Mabel Hood of Tucson, AZ, his sister Susan Merkel also of Tucson, AZ.  He has many family members in Arizona and Michigan who will miss him dearly.

Tom adopted each of his dogs from shelters. His last two came from The Humane Society of the Pikes Peak Region in Colorado Springs. We invite you to donate in his honor at www.hsppr.org, in place of sending flowers.

To send flowers to the family or plant a tree in memory of Thomas James Hood, please visit our floral store.

A Memorial Tree was planted for Thomas