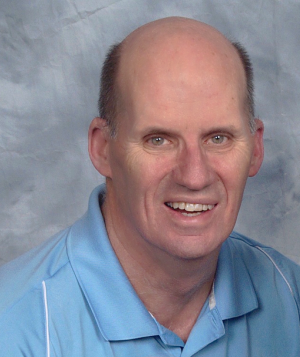 Ron was preceded in death by his parents Dorothy Bennett Hayes and Robert Elery Hayes and brother Thomas Robert Hayes.

Ron was born in Bedford, Indiana on August 3, 1952. He graduated from Douglas MacArthur High School, Saginaw, Michigan and continued on to receive his undergraduate degree from the University of Iowa and his Masters of Public Health from the University of Michigan. He was married to Kay on June 29, 1974, in Saginaw, Michigan. They were married 44 years and just marked the 50th anniversary of their first date on October 5, 2018.

Ron worked in the health and safety field for Procter and Gamble, Cincinnati, Ohio for 30 years. He was an accomplished sportsman, studying at the University of Iowa on a football scholarship, an avid golfer throughout his life and a Big Ten football fan, cheering for his beloved Iowa Hawkeyes. The Hayeses moved to Colorado after retirement to be close to their children and grandchildren. Ron was a devoted father and grandfather and always delighted in time spent with the family. He was active in church roles wherever he lived and served on the golf committee at Heritage Eagle Bend Golf Club where the Hayeses made their home when they moved to Colorado in 2008.

The memorial service will be held on November 18, 2018, at 11:30 a.m. at the Heritage Eagle Bend clubhouse. Bruce Minor of Eagle Bend Community Church will officiate. Interment will be a private, family service at Fairmount Cemetery, Denver, Colorado at a later date.

In lieu of flowers, memorial donations may be made to Eagle Bend Community Church, 22561 E Long Dr., Aurora, CO 80016; or the Myotonic Dystrophy Foundation 1004-A O'Reilly Ave. San Francisco, CA  94129 or mytonic.org/donate,

To send flowers to the family or plant a tree in memory of Ronald Erwin Hayes, please visit our floral store.