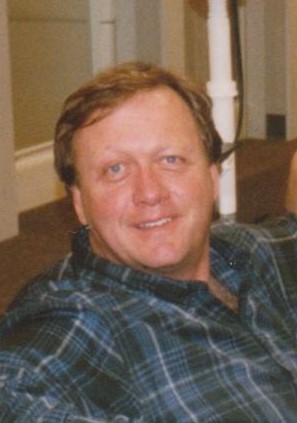 Robert Martin Norton Jr., 67, passed away on February 17, 2020 at his home in Parker, CO surrounded by his family.  He was born on August 17, 1952, in Newport, VT, the son of Robert Martin and Beverly Elaine (Hunt) Norton Sr. Growing up in Northern Vermont (Northeast Kingdom) he attended a one room school house in Morgan, VT before graduating from North Country High School in 1971.  While he was in school, he was on the ski team, where he competed in ski jumping.  After high school he went to Boston University and New England Institute of Mortuary College in MA.  It was during one of his breaks that he met, Meredith Jane Belsky, from Long Island,  when she was visiting her brother Bob.  They were married on March 10, 1973, in Little Neck, NY.  They moved up to  northern VT where they started a family.  They decided to move down to NY so Bob could finish his degree.  He attended SUNY  (State University of New York) at Farmingdale where he graduated in 1978 with a degree in Mortuary Science.  He had worked many jobs while going to school and raising a family.  After he passed the National Funeral Directors Boards and was doing his apprenticeship he got a job part-time for United Airlines at Kennedy Airport working in Ramp Service.  He was working at LaGuardia Airport during the Air Controllers strike in 1980, he and his wife started Plainview Funeral Home, Inc. in Plainview, NY.  There was no funeral home in that town and he started it up from nothing, It still remains the only funeral home in that town today.  In 1984 he was transferred to CO with United Airlines, where he moved his wife and four children to Parker in 1985.

When the family moved to Parker, CO, they noticed there was no funeral home in the town.  After many years of planning Bob and Meredith opened Parker Funeral Home, Inc. in 1992.  With the help of their sons, son-in-law and daughters, they have become one of the longest family owned businesses in Parker, serving families in Douglas, Elbert, Arapahoe and surrounding counties.  Parker Crematory, located at Parker Funeral Home, Inc. is still the only crematory in the county. Together they also opened Elizabeth Funeral Home and Crematory in Elizabeth, CO.

Bob was one of the founding members of the Parker Rotary Club.  He belonged to the National Funeral Directors Association and CANA (Crematory Association of North America.  He and Meredith are lifetime members of the Parker Senior Center.  Together as a family they donated many hours to Parker Shares which was sponsored by Catholic Charities.  He was also a member of the AMFA the teamsters union with the airlines.  Bob was an entrepreneur, he holds a patent for a soda system for the airlines (SIPS).  He and his wife also own a design company that designs and makes cremation jewelry and biodegradable urns and caskets.  Bob always had many irons in the fire and was always working or developing ideas.  He will be known for his generosity and kindness he showed to others.  Besides being unselfish he always told it how he saw it never holding back on his thoughts.  Bob had a soft spot for the underdog, helping out many people that have crossed his path over all these years.  His kindness and generosity will be greatly missed.

Another service will take place in Vermont in early summer, with burial of cremains at Mead Hill Cemetery, Holland, VT.

To send flowers to the family or plant a tree in memory of Robert "Bob" Martin Norton, Jr., please visit our floral store.