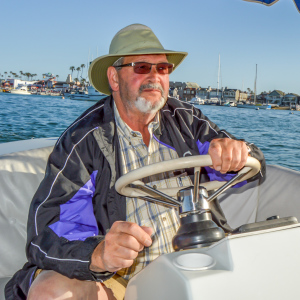 Bob graduated in 1966 from Oak Hill High School in Mier, IN.  He and his high school sweetheart, Kathy Taylor welcomed a son, Jeffrey Shane in 1968. Bob later married Sandy Haley, the love of his life in December 1974 in Las Vegas, NV and together they raised two daughters, Robyn and Andrea.

Bob was a hard worker and showed his dedication as the Maintenance Director at Mariner Health of Greenwood Village for over 20 years.  After his retirement, Bob (AKA “Bob the Scooter Guy”) enjoyed buying, selling and repairing used mobility equipment. It gave him much joy and fulfillment to be able to help others in need.  He, along with his wife Sandy, could be found all around Parker on their scooters.  In his younger years, Bob enjoyed boating, working on cars, playing sports, fishing, and attending his daughters’ softball games.

A second Celebration of Life will be this Saturday, February 29th at 11 AM at the Nodaway Community Center located at 300 7th Avenue, Nodaway, IA 50857.

To send flowers to the family or plant a tree in memory of Robert Shane, please visit our floral store.