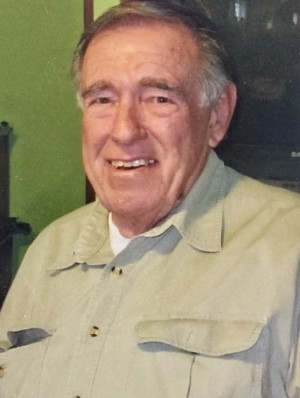 Bob loved his work and providing for his family.  He worked for Phillips Petroleum for 33 years and enjoyed every minute of his time there.  Years of traveling from Douglas, Wyoming to Dumas, Texas, he repaired and laid new pipe.  As the Supervisor, he was the first one there and the last one to leave.  Phillips took my Dad from Atlanta to Colorado to Wyoming and Illinois.  Finally returning to Colorado, Dad retired back there surrounded by his family.

Bob also loved spending time back home in Spartanburg, South Carolina with his sister Shirley Teaster, her husband Bud and their three children Tim, Terri and Steve.  Those times were very important to him.  Playing golf and helping my uncle around the house.  Spending time with his sister was very dear to him.

Family was the most important thing to Dad and having all of us at the house making so much noise was the light of his life.  If he had it his way we would all live together, all the time.   Dad was always in the center of whatever was going on, loving every minute of time he had with each one of us.

Preceded in death by Eddie and Hassie Wells, brother-in-law Bud Teaster and his granddaughter Amanda Grace.

We miss you terribly but know you are home in the loving hands of God rejoicing in the light of love.

To send flowers to the family or plant a tree in memory of Robert Edward Wells, please visit our floral store.