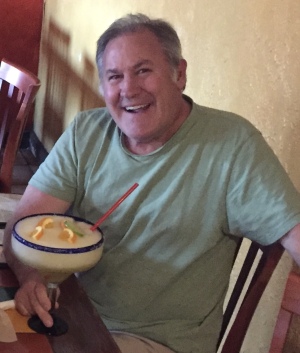 A devoted son, brother, uncle, and friend, Richard “Rick” Thomas Bicanovsky, Jr. was known for his positive attitude, laugh, and infectious smile. Rick was born in Denver, Colorado on April 10, 1960 and passed away at the age of 60 on May 16, 2020. Rick grew up in Colorado where he graduated from Brighton High School in 1978, went on to receive his undergraduate degree from University of Northern Colorado and his MBA from Regis University. His successful career in the finance industry took him to San Francisco where he embraced the California lifestyle while living throughout the Bay Area and Napa. Rick later moved to Los Angeles where he built a community of friends in West Hollywood and was the life of the party and well-known wherever he went. Rick called California home for more than thirty years before he returned to Colorado last year to be with his family.

Rick had a generous spirit, and his positivity, optimism, and kindness made an impact on many. He had a way of inspiring others to find their passion and guiding them on career paths. He was the ultimate host – his home was always open to family and friends, and he went above and beyond to make his guests laugh and smile, with music always playing in the background. Rick would selflessly help anyone who needed it and had a skill for listening and truly hearing. He loved animals, especially his dogs and hummingbirds, collecting art, renovating homes, traveling, and sharing a drink with those he loved.  Rick will be greatly missed but lives on through all the people he touched.

In lieu of flowers,the family would like you to consider donations to the the following associations or to a local charity of your choice.

To send flowers to the family or plant a tree in memory of Richard Thomas Bicanovsky JR, please visit our floral store.

You can still show your support by sending flowers directly to the family, or by planting a memorial tree in the memory of Richard Thomas Bicanovsky JR