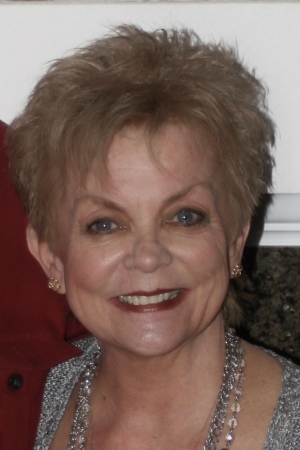 On April 29, 2021, Martha (“Marty”) Jane (Bernier) Johnson passed into eternity, a month before her 77th birthday. Marty was born in Westbrook, Maine on June 9, 1944. She shared the same birthday with her mother, Erleen (Ingalls) Bernier. At the age of nine, she moved with her family to Bremerton, WA. There, she met her husband, Edward (Ed) M. Johnson, when they were both young teenagers. In 1962, Marty graduated from West High School in Bremerton, where she was a varsity cheerleader and Homecoming Queen. Ed and Marty married on June 22, 1963 at Our Lady Star of the Sea Catholic Church in Bremerton, WA. She supported Ed through graduation from Seattle University in 1966. In 1968, Marty declared faith in Jesus as her Lord and Savior, under the ministry of pastor Dennis J. Bennett at St. Luke’s Episcopal Church in Seattle, WA, which set the course for the remainder of her life in this earth. She did not consider herself a religious person, denominationally speaking, often saying, “I’m too Catholic to be Protestant and too Protestant to be Catholic.” She deeply loved the Holy Scriptures, and lived a renewed and revitalized life through the anointing of the Holy Spirit. She was a lover of Jesus and the Gospel. This was her greatest legacy for her husband, children and their spouses, grandchildren and many relatives and countless friends. Marty was fiercely loyal to her family and believed deeply in and lived out her Catholic wedding vows - “our home is to be a church within the Church…a haven where two tables are spread – one for the food of the body, and one for the nourishment of the soul.” She enjoyed painting, especially as a young adult, and writing poetry/rhymes geared toward children and family life. She worked as an artist (painter), remedial reading teacher in elementary school, and make-up artist. In 1999 she published her first book, Christmas Time in My House, a single poem originally written for her students, later illustrated by her daughter-in-law. In 2001, she published her second book, Raise Up A Child, a collection of 44 poems/rhymes, with photography by her daughter. In the latter, she wrote about her intent for the book to speak to “every day, ordinary lives – some to inspire, with thoughts of God and life, and some to simply ‘tickle’ the heart with fun.” Marty enjoyed a party. She loved to dance and sing, with great rhythm and pitch. She was generous with her time and treasure. Her vibrancy and love of life inspired many. In addition to Maine and Washington State, Marty lived with her husband and children in Oregon, Hawaii, California, and Colorado. She traveled extensively in Europe and the Middle East. Her favorite destination was Israel, where she stayed for months at a time. Marty established deep friendships among the Jewish and Palestinian people in the country, and proudly described herself as a Christian Zionist to all. In her final days, her body simply wore out, and Marty passed into the presence of God while going about her “every day, ordinary life” in the quietness of her home, as she wished – “Absent from the body, present with the Lord,” as she loved to say.

“So here’s what I want you to do, God helping you: Take your everyday, ordinary life—your sleeping, eating, going-to-work, and walking-around life—and place it before God as an offering. Embracing what God does for you is the best thing you can do for him. Don’t become so well-adjusted to your culture that you fit into it without even thinking. Instead, fix your attention on God. You’ll be changed from the inside out. Readily recognize what he wants from you, and quickly respond to it. Unlike the culture around you, always dragging you down to its level of immaturity, God brings the best out of you, develops well-formed maturity in you.” (Romans 12:1-2, The Message)

Marty was survived by her husband of nearly 58 years, Edward M. Johnson Sr., their children and their children’s families: Son - Edward M. Johnson Jr. and his wife Mary; Grandson Daniel, his wife Ayla, and Granddaughter Abigail and her husband Jason; Daughter - Susan J. (Johnson) Antonsen and her husband Don; Grandson Benjamin and Granddaughter Camille; Son – Matthew P. Johnson and his wife Franziska; Grandsons Peter and Samuel. She was also survived by her younger sister, Susan (Bernier) Henshaw.  She was predeceased by her father, Frederic, mother, Erleen, and younger brother, Peter.

To send flowers to the family or plant a tree in memory of Martha, please visit our floral store.

You can still show your support by sending flowers directly to the family, or by planting a memorial tree in the memory of Martha Jane (Bernier) Johnson
Share a memory
© 2021 Parker and Elizabeth Funeral Home & Crematory, LLC. All Rights Reserved. Funeral Home website by CFS & TA | Terms of Use | Privacy Policy