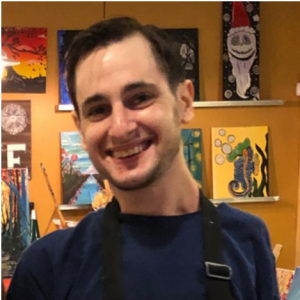 Mark David Madden, age 28, of Castle Rock, CO formerly of Torrance, CA died suddenly sometime during the week of September 27, 2021 after a valiantly courageous and determined attempt to overcome the devastating injuries he sustained in a motorcycle accident in 2014.

Mark was born in Concord, Massachusetts on May 27, 1993 where he lived for 13 months before moving to Montgomery, AL for a year while his father was attending school with the United States Air Force.  Military assignments to Fort Meade, MD, Mountain View, CA, Montgomery, AL, Torrance, CA, Colorado Springs, CO, Chelmsford, MA, before finally returning to Torrance in 2006 afforded Mark the opportunity to experience a wide variety of family adventures and activities as well as develop many friendships along the way.

He attended schools all over the country and graduated high school in 2012.  He was enrolled in a welding program before deciding to attend motorcycle maintenance school.  In November of 2014 Mark was seriously injured in an accident in Torrance resulting a very painful spinal cord injury which proved to be untreatable and resulted in unmanageable pain and suffering.
Despite these significant setbacks, Mark chose to persevere.  He moved to Highlands Ranch CO in 2015 and made the best decision of his life when he adopted his devoted dog Charlie.  Mark and Charlie soon became inseparable and Mark’s true personality as a kind, caring and loving caretaker became evident.  His desire to help other people going through similar situations see there is a way through was admirable.   He was bright, articulate and extraordinarily funny.  His smile would light up every room he entered and he changed the lives of everyone he met.

Mark is deeply mourned by his parents David and Jeannine Madden of Chelmsford, MA and his brothers Sean of Brecksville OH, and Tim and wife Sheri of Torrance, CA.  He will be sorely missed by his paternal grandfather William Madden of Sagamore Hills, OH and maternal grandmother Rosemary Aronson of Braintree, MA.  Mark was predeceased by his loving grandmother Rita Madden.  He was dearly loved by his aunts & uncles,  Kathleen Madden and Paul Jantzen of Brecksville, OH, Jackie and Chris Shaughnessy of Quincy, MA and Michael and Debbie Madden of Ellicott City, MD.  His cousins Meghan Madden of CO and Jaimie Shaughnessy of MA will miss Mark’s sense of humor and view of the world most profoundly.

In lieu of flowers and in honor of Mark’s life please consider a donation to the Dumb Friends League Buddy Center of Caste Rock, CO where Mark adopted Charlie.

Mark’s memory will live on in a memorial tree to be planted on May 27, 2022 in Chelmsford, MA.

To send flowers to the family or plant a tree in memory of Mark David Madden, please visit our floral store.

You can still show your support by sending flowers directly to the family, or by planting a memorial tree in the memory of Mark David Madden