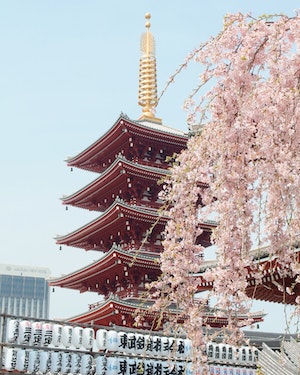 It is with great sadness we announce the passing of Kumiko Clark (née Hoshino) on May 14, 2022 in Denver, Colorado. Kumiko was born January 22, 1936 in Yokohama, Japan to the late Hisako Kotake and late Kazumi Hoshino. She was a sister to older brother Kazou (predeceased) and to younger brother, Koge (predeceased).

As a child growing up in Japan, she experienced the loss of her father at the age of seven with her mother then having work long hours to support the family as a single parent from that point on. The realities of World War II came upon her at the age of eight as she and her brothers were taken from their home in Tokyo to a safe place to continue her schooling in the country while her mother continued to support her family from afar. Once the war ended the family was reunited in Tokyo.

Kumiko met Franklin “Frank” Joe Clark who was in the U.S. Navy stationed in Yokosuka, Japan. They were married April, 1956 and left Japan, a year later, with son (John) in tow and moving to San Diego, California where a second son, Paul was born shortly after their arrival. She managed to adapt to a new way of life, culture and new language all the while raising two young sons and often on her own as Frank was away on Navy assignments.

The young family enjoyed a couple of years stationed in Honolulu, Hawaii and then returned to San Diego where they bought their house on Almayo Ct. where John and Paul grew up and Kumiko would live in for sixty years. Kumiko was a stay-at-home mom until the boys were teenagers when she then took a job at the Sony plant and remained there for twenty years.

She enjoyed returning to Japan often to visit with her family there. She was the last living member of her family in Japan.

She moved to Denver in 2017 to be closer to her son Paul and his family and also visited Canada often to spend time with John and his family, spoiling everyone with her warmth, generous spirit and we can’t forget her wonderful Japanese cuisine.

She was the most gentle, kind and caring woman will be dearly missed by her son, John (Donna), her son, Paul (Sheila) and daughter-in-law, Louise, her grandchildren Corrie (Mike), Kyle (Laura), Ashton (Jake), Brittany, Justin (Shanique), Brandon (Christine) and Jordan (Lisa), along with her great grandchildren, Liam, Leo, Lucas, Katie, Sadie, Charlie, Jade and Lucas.

She will also be remembered by her dear friends, the Coons family and the Jolley family.

To send flowers to the family or plant a tree in memory of Kumiko Clark, please visit our floral store.

A Memorial Tree was planted for Kumiko

You can still show your support by sending flowers directly to the family, or by planting a memorial tree in the memory of Kumiko Clark
Share a memory
© 2022 Parker Funeral Home, Inc. & Crematory. All Rights Reserved. Funeral Home website by CFS & TA | Terms of Use | Privacy Policy | Accessibility