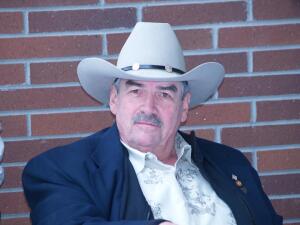 He was born on May 5, 1942 in Grayling, Michigan to the late Frank and Alice (Taylor) Bond. He grew up in Grayling, where his father was first a high school teacher, and then superintendent of schools in the county.  Jon often told stories about how “tough” it was socially to be the principal’s/superintendent’s son.  Even so, he followed into the same profession, becoming a high school physics and mathematics teacher in Ionia, Michigan, as his first job after graduating with a bachelor’s degree from Central Michigan University.

While a student at Central Michigan, he visited his roommate’s hometown, where he met his future wife, Joan.  They were married on June 13, 1964 in Vassar, Michigan.  In 1966, while they were living in Ionia, Jon and Joan welcomed their first child, Meredith.  To make ends meet, Jon had three jobs - school teacher, pumping gas at a service station, and playing guitar in his band.  The Mystics was a popular local rock-and-roll band, playing many gigs such as school dances and other venues throughout Michigan.

Jon left teaching and entered into computer programming in the late 1960’s.  This career change moved the family to Fort Wayne, Indiana, and then Tampa, Florida.  In 1969, Jon and Joan welcomed their second child, Randy.  In 1971, the family moved to Poolesville, Maryland, where Jon’s new job was as a computer systems analyst.

After a few years in Maryland, Jon determined that his life’s adventure was “out west.”  He and Joan decided to move the family to Colorado - without the security of pre-arranged employment - to give their children a better place to grow up.  Looking back on that, we recognize that it took a lot of courage.

Those first years in Colorado, Jon and a partner started their own computer consulting company.  Then, he had several jobs in the computer world, including sales, and management of people, data and systems.  In the late 1980’s, Jon and Joan started their own business, Golden Bear Services, and manufactured and sold desktop computers to large corporate customers.  For the rest of his life, if you asked Jon “what he did,” he would tell you that he was an Entrepreneur.

For the past two decades, Jon has applied his entrepreneurial spirit to one of his passions.  He became a licensed firearms dealer, and with his partner Bill, has been working with collectors and families to sell their firearms and related shooting sports items through internet auctions.

Throughout his life, Jon enjoyed playing his guitar, camping, hunting, rebuilding classic Mustang cars with Randy, designing and building the family cabin with Meredith, his collections of movies and bluegrass and classic 50’s Rock and Roll music, and talking politics with anyone who would let him.  When Jon decided to do something, he always did it “all the way.” We can’t remember when he took up a hobby or activity where he didn’t immerse himself - if one of something is good, then a lot more is always better.

We remember the projects we did together from building or remodeling the family’s homes over the years, to rebuilding tent camper trailers and cars.  He taught his children to not be afraid of trying something new - What’s the worst outcome? What can we learn from trying? What will we miss out on by not trying?

Jon loved to tell stories.  His versions of the events were often rather different than what others remembered, but the truth was probably somewhere in the middle.

Jon was most passionate about his family.  He was immensely proud of his children and grandchildren, and would tell anyone and everyone all about them and their accomplishments, even if the guest didn’t want to listen to it.  He would always choke up and become emotional when he launched into his “Ohana” speech - Ohana is the Hawaiian word for family, and it represented for Jon the importance of his strong, loving, supportive family.

Jon was a member, and past president, of both the Ben Lomond Gun Club and the Parker Evening Optimist Club.  He was a member of Hilltop Community Church - now the United Church of Christ Parker Hilltop - since the mid 1970’s, and served as a Cub and Boy Scout leader.  He was enrolled in the Hawaiian Mission Childrens’ Society, as a fourth-generation descendant of the Rev. Elias Bond.

Jon is survived by his wife Joan of 56 years; by children Meredith (Gary Ebert) Bond of Franktown and Randall (Tamara) Bond of Centennial, Colorado; by grandchildren Amanda Ruiz of Ellicott City, Maryland, Tristan Ebert of Aurora, Colorado, and Timothy Bond of Centennial, Colorado; and by sister Joey (Fred) Miller of Oscoda, Michigan.  Jon was preceded in death by his parents Frank and Alice Bond, and brother James L. Bond.

Jon’s ashes will be spread at the family’s mountain cabin in a private family ceremony.  We hope to hold a Celebration of Life in the spring, and a memorial marker will be placed at his church, United Church of Christ Parker Hilltop in Parker, Colorado.

In lieu of flowers, donations may be made in Jon's memory to The Rainbow Connection, https://www.rainbowconnection.org/, or United Church of Christ Parker Hilltop, http://uccparkerhilltop.org/

To send flowers to the family or plant a tree in memory of Jonathan Taylor Bond, please visit our floral store.

You can still show your support by sending flowers directly to the family, or by planting a memorial tree in the memory of Jonathan Taylor Bond
Share a memory
© 2021 Parker and Elizabeth Funeral Home & Crematory, LLC. All Rights Reserved. Funeral Home website by CFS & TA | Terms of Use | Privacy Policy