Share a memory
Obituary & Services
Tribute Wall
Read more about the life story of Gerry and share your memory.

[Text Box: Gerry Dean New] Gerry passed away after a short diagnosis of cancer in Parker, Colorado on January 22, 2023 at the age of 87. Gerry was born January 1935 in Norcatur, Kansas. He lived on his parent’s farm. His family moved to Hood River Oregon for a few years of his childhood, then moved back to the Norcatur farm. He graduated from Norcatur High School in 1954. He married in January 1956. He worked as parts manager for Bennett Motors before moving to the farm in Devises, Kansas. He farmed and raised cattle for nine years. In 1968 he moved his family to Littleton Colorado. His two children, Alan and Cindy graduated school in Littleton, CO.  He was a Ford parts manager and owned/managed a number of businesses, from three auto parts stores, to a line detection company. He enjoyed camping, fishing, boating and waterskiing. In 2005 Gerry and his wife Devonna retired in Norcatur Kansas.

Predeceased by his loving wife, Devonna, of 57 years. His parents, Gerald and Helen, brother Doug, sister-in-law Carol, and in-laws Victor and Margaret.

Headstone will be in the Norton, KS cemetery.

To send flowers to the family or plant a tree in memory of Gerry Dean New, please visit our floral store. 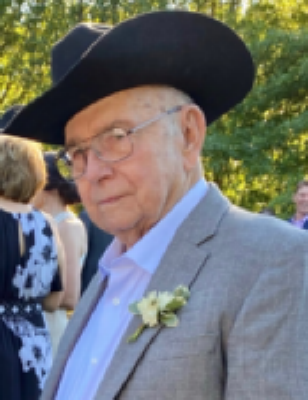 Look inside to read what others
have shared
Family and friends are coming together online to create a special keepsake. Every memory left on the online obituary will be automatically included in the book.

Look inside to read what others have shared

Family and friends are coming together online to create a special keepsake. Every memory left on the online obituary will be automatically included in the book.

You can still show your support by sending flowers directly to the family, or by planting a memorial tree in the memory of Gerry Dean New
SHARE OBITUARY
© 2023 Parker and Elizabeth Funeral Home & Crematory, LLC. All Rights Reserved. Funeral Home website by CFS & TA | Terms of Use | Privacy Policy | Accessibility