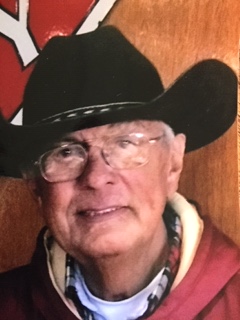 George Bennett Hensarling III has passed away after a long battle with cancer.  He was born in San Diego, California on Thanksgiving Day November 23, 1944 to the late George Bennett Hensarling, Jr. and Mary Patricia Wyatt Hensarling.  His father was stationed at Navy Base San Diego as part of World War II effort, but the Hensarlings called Wellborn, Texas home and were a Brazos County pioneer family, having moved there in the 1850's. George was the oldest of seven siblings, five that survive:  Katie Jean Cooner, Michael Howard Hensarling, Thomas King Hensarling, Sr., Susanne Lindemann, and Mary Margaret (Meg) McWhirter.  His sister Sharon Ann Hensarling predeceased him.

Having left Texas in 1965, George met his wife of over 51 years, the former Mary Ann Potter (daughter of David Wilfred and Mary Alberta Solana Potter), at Yellowstone National Park here he was employed as a cook and she as a waitress.  He came to Tallahassee, Florida in 1966 and they married in Trinity United Methodist Church on February 10, 1967. George was employed in the data management industry and was with Lewis State Bank, Tallahassee Memorial Hospital, CQ Computing, and Hensarling Consulting, and retired from the state of Florida--Department of Children and Families in 2006.

George was very active in the Boy Scouts of America, having served as scoutmaster for Troop 44 between 1986-1999.  He spent many weekends and summers at Wallwood Scout Reservation, and was involved in Woodbadge, a leadership program for adult Scout leaders.  George was awarded the Silver Bear in 1995 for distinguished service to the Suwanee River Area Council and was proud to have helped many young men obtain the ultimate rank of Eagle Scout, including two of his sons.

Throughout his life, George enjoyed traveling and hiking in many National Parks, returning to Yellowstone National Park many times with his family.  George loved his woodworking shop and made many pieces of furniture for his home.  George loved reading western stories by Louis L'Amour and watching every John Wayne movie more than once.  His favorite saying after completing a book or movie was the cowboys  "Always rode off into the Sunset."

George is survived by his wife, Mary Ann; his sons David Potter (Emily) and Matthew Lee (Angela) of Parker, Colorado; and son George (Ben) Bennett IV (Holly) of Tallahassee, Florida.  He is also survived by his grandchildren, Sophia Margaret and George "Bennett" V.

As with his cowboy heroes, it is time for George to ride off into the sunset.  Celebrations of his life will be held later in Tallahassee, Florida and Wellborn, Texas.

To send flowers to the family or plant a tree in memory of George Bennett Hensarling III, please visit our floral store.

You can still show your support by sending flowers directly to the family, or by planting a memorial tree in the memory of George Bennett Hensarling III