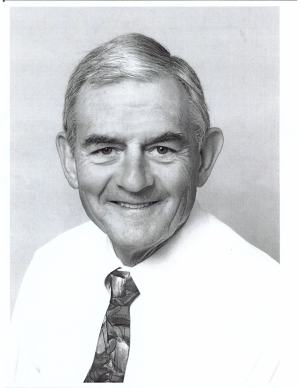 George Clyde Curry, age 82 of Irving, TX passed away on Monday, May 6, 2019, surrounded by family. George was born on February 12, 1937, in El Paso, TX. He was predeceased by his father Thomas Sherrod Curry Jr. and mother Rosalie Susie Williams(Curry). George graduated from Austin High School in 1954 as an honor student. He continued on to Texas Western College (now University of Texas at El Paso) where he got his pre-Medical degree and then earned his MD at University of Texas Southwestern Medical School in Dallas. George was drafted into the Navy where he served as a physician on the USS Mahan, then began his residency training at Parkland Hospital in 1965. George went on to complete his fellowship in cardiac radiology at the University of Florida College of Medicine in 1970.

George discovered his passion for teaching early on and began his 40+ year career in academia as an assistant professor of radiology at UT Southwestern Medical Center later becoming a full professor in radiology. George went on to serve as director of the diagnostic-radiology residency program at UT Southwestern for many years as well as the president of the medical staff at Parkland Hospital from 1994 to 1996. George was also the first holder of the M.R & E. Hudson Foundation Professorship in Radiology, in Honor of Edward E. Christiansen, M.D. George also received the ACGME Parker J. Palmer “Courage to Teach” award in 2001 which recognized outstanding program directors in Diagnostic Radiology.

George was an avid bird hunter for 60+ years and duck hunting was his passion. He loved getting up early and putting out a spread of decoys, sitting in a duck blind for hours on end waiting for a flock of ducks to come by then working them in with his duck call. Some of his favorite hunts were sitting in the blind with family and friends even when they did not see a single duck.

George coached baseball for many years in the Irving Boy Baseball Association bringing his love for teaching to the Trinity River Bottoms where he coached his sons Mark and Glen and countless other youth. George coached many young men in various adult softball leagues in Irving and Denver. George also twice rode the MS150 with his daughter Mimi.

Gardening was also a favorite pastime for George. He would work for hours in the spring and summer months to get his yard in award winning shape. George’s sculpted Yaupon’s helped him earn the Las Colinas Yard of the Month award several times.

The family is having a private service and asks that in lieu of flowers, donations may be made in memory of George C. Curry to the Fischer Center For Alzheimer’s Research Foundation (www.alzinfo.org)

Cards or small floral arrangements can be sent to Parker Funeral Home in care of "Mimi" Curry, and will be delivered to her from the staff.

To send flowers to the family or plant a tree in memory of George C. Curry, please visit our floral store.

You can still show your support by sending flowers directly to the family, or by planting a memorial tree in the memory of George C. Curry