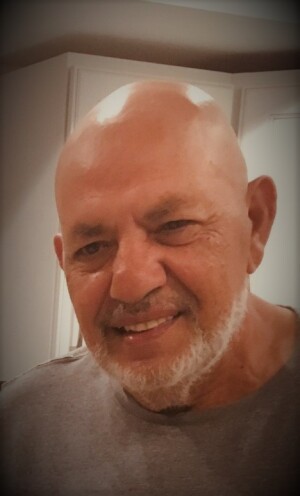 Fortunato Galati was born on April 24, 1949, in Soriano, Italy to Elisabetta (Marino) and Francesco Galati. He is preceded in death by his parents, siblings Teresa, Domenico, Carmela (Falcone), Bruno and brother in-law Vincenzo Vetro.  He is survived by his cherished wife of 45 years, Linda (Lawley), his beloved children Gina and Kevin Janeczek, and his grandchildren that he adored beyond measure Andrew and Katie. He is survived by his son, Domenico, daughter-in-law Bridget (Newman) and Granddaughters Silvia and Lianna, siblings, Maria Vetro, Valentino (Esterina), and Joe (Kate), brother-in-law Raffaele (Falcone), in addition to 19 nieces and nephews.

Lucky immigrated to the Germantown section of Philadelphia in 1959, he later moved to Doylestown and later to Parker, Colorado where he enjoyed retirement and spent most of his time with his Grandchildren which is where he found the most joy.  He took on his role as Grandfather, known as “Nonno”, with a devotion and intensity that that was to be admired, helped to care for Andrew and Katie daily.  Nonno enjoyed watching both Andrew and Katie excel in their sports of interest, academic achievements, and daily life events.  He was their biggest fan, and they were the light of his life.

Lucky will be remembered for his ability to tell a great story, and he could always hold a captive audience, whether he was sharing a story of his time in Italy as a young boy, telling tales of his escapades as a young man growing up in Philadelphia, or one he wove with his own creative imagination. It was always fascinating listening to him.  He was known for his love of cars, sports, especially Philadelphia sports.

He is fondly remembered as a hardworking, family centered human being.  He had a gentle soul and caring heart.  He will be missed by many.  Our hearts will feel this void, but we were Blessed and “Lucky” for having known him, for having loved him, and for having him in our lives.

To send flowers to the family or plant a tree in memory of Fortunato "Lucky" Galati, please visit our floral store.

A Memorial Tree was planted for Fortunato "Lucky"