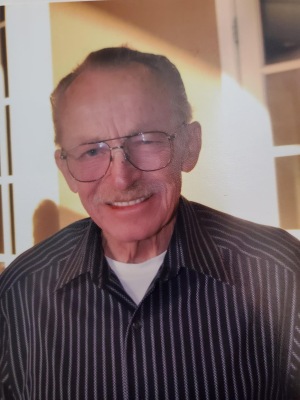 Daniel Prentiss Creal, 81, of Aurora CO. was born on January 19, 1940 in Grants Pass, OR., and passed away on February 5, 2021 in Parker, CO.  He grew up in California and joined the United States Marine Corps from 1957-1960. He married his beautiful wife, Joan, in October 1960.  After the Marine Corps, he worked primarily as a bowling alley mechanic and deskman, before spending over 30 years with Southern California Rapid Transit District (RTD), and Los Angeles Metropolitan Transit Authority (MTA).   After retiring from MTA, he and Joan moved to Aurora, CO in 2000 to be near their children and grandchildren.

Daniel’s biggest hobby/passion was bowling.   He was a good bowler.  Over his lifetime he bowled in several leagues and tournaments and is credited with at least one documented perfect 300 game in league play.  He was also a motorcycle enthusiast and participated in several “poker runs” with friends that allowed him to visit several places across the western states.  In his later years, Daniel mostly enjoyed spending quality time with the family.

To send flowers to the family or plant a tree in memory of Daniel Prentiss Creal, please visit our floral store.

You can still show your support by sending flowers directly to the family, or by planting a memorial tree in the memory of Daniel Prentiss Creal
Share a memory
© 2021 Parker and Elizabeth Funeral Home & Crematory, LLC. All Rights Reserved. Funeral Home website by CFS & TA | Terms of Use | Privacy Policy