Plant a tree in memory of Byron
An environmentally-friendly option 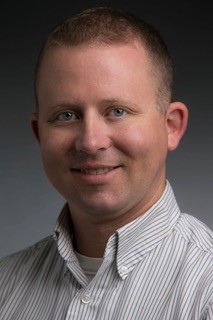 Byron was born April 1st, 1983. He grew up in Parker CO where he attended grade school through high school. He was a star baseball player and known for his comedic mischievous behaviors that we all knew and loved. Byron attended Eastern Oregon University on a baseball scholarship where he studied psychology. After his college career, Byron began his venture in sales back in CO which served in some of his greatest career achievements. Byron and his wife Felisha lived in Littleton, CO up until his passing. During their time spent in Littleton, Byron’s heart was called to the many fishing ponds that surrounded their residency. Byron spent hours casting lines and sharing memories with so many of us. He truly believed in the friendships that were formed with a line in the water (and very rarely a fish to show for it).

To those who knew Byron lost a beaming light in their lives and a service will be held open to the public on Saturday April 3rd at Cherry Hills Community Church Dixon Chapel (3908 Grace Blvd. Highlands Ranch, CO 80126) at 10:30 am with donuts and coffee prior to the service starting at 9:30 am at the Chapel.

Plant a tree in memory of Byron by clicking here.
To send flowers to Byron's family, please visit our floral store.

Plant a tree in memory of Byron
An environmentally-friendly option

Plant a tree in memory of Byron

13 trees planted in memory of Byron

The 3 of us worked closely with Byron for a short time in 2019. We hit it off with Byron and maintained a friendship with him. We are deeply saddened by your loss and offer you our deepest sympathies.
Akshay Shah, Paul Landman and Utsav Singh from Millennium Partners

We all love Byron very much & words will never be good enough to describe him. May these memorial trees grow strong, tall & beautiful in Byrons memory. Until we meet again, my sweet cousin.
Regina Peña & Family

Throughout the hi-jinks in our high school and college days, Byron was always a source of such laughter, energy, life, & intelligence. We're holding his friends and family in our hearts now and always
Leah McFail & Sarah Teske

A Memorial Tree was ordered in memory of Byron Wayne Anderson by Leah McFail & Sarah Teske.  Plant a Tree

Our thoughts are with you and your family during this time. Byron was such an inspiration to both of us. He was not only a wonderful mentor but also a dear friend. 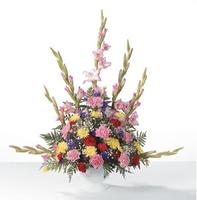 TRADITIONAL FUNERAL BASKET was purchased for the family of Byron Wayne Anderson by Ben Blumrick and Cindy Le.  Send flowers

A tree was also planted in memory of Byron Wayne Anderson.

Please accept our most heartfelt sympathies for your loss. Our thoughts are with you and your family during this difficult time. Cherish the memories... Our Prayers are with you RIP Bryon
Bill and Marilyn Stovell

A Memorial Tree was ordered in memory of Byron Wayne Anderson by Bill and Marilyn Stovell .  Plant a Tree

Plant a tree in memory of Byron