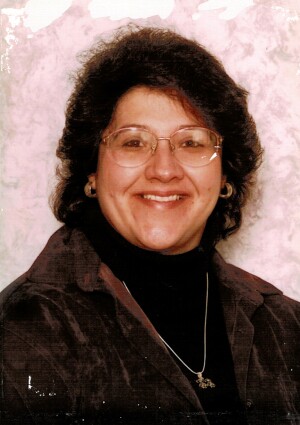 You always assume you will have more time with the ones you love, but when God chooses to call a beloved family member home you find yourself reflecting on the life they lived.

Brenda Gail Baca Morrison was born February 21st in 1965 to her mother Karla and her father Benjamin. She was the second eldest  in a family of five children.  Her parents, eldest brother Lonnie and her younger siblings Lisa, Larry and Erika all survive her.

She  was born in Springer, New Mexico and it was there she met her husband Michael Morrison.  She was a freshman in highschool and he was a junior.  High school sweethearts  their love brought and kept them together for nearly 39 years.

Brenda and Mike were married on June 25th  in 1983. Their marriage was filled with love, laughter and  more than a few squabels. Within 5 years their first son Steven Morrison was born  in 1988.  Soon after  their  second son Brian Morrison was born 1989.  Once they moved from New Mexico to Colorado their daughter Katlyn was born in 1992.

Brenda's love for her children guided her career path. She earned a degree in Early Childhood Development and applied it in her journey to becoming a Daycare owner. When she wasn't caring for children her spare time was filled with an assortment of hobbies.
Brenda was talented in all of her hobbies whether it was her green thumb out in the gardens where both flowers and vegetables thrived or her sewing and quilting.  She was a creative individual who decorated cakes for weddings,birthdays and many other events.  Scrap books hold memories of family trips and treasured life events.  Her home was always filled with pets and her heart always had room for a few furry family members.

She lived to see her son Steven married to his wife Brandy and the birth of their daughter Wren.  Along with Brain and his wife Caitlyns ceremony and the births of their two daughters Adalynn and Madalynn. For six years they lived together in the family home in Elizabeth Colorado. She was present at the birth of her daughter Katlyn's  daughter Zoe.
Brenda loved her four grand daughters with a fiery passion and was involved in their lives as often as she could be.

She loved her nieces and nephews Kristen, Robert Jr, Alisha, Alex, Danielle, Marissa, Dylan, Jalana, John and Olivia and tried to be a part of their lives.

On November 29th 2021 she was admitted to Skyridge Medical Center and though the doctors did all they could she passed away on December 14th 2021 at 10:30 am.

She was a beautiful woman inside and out, a daughter, sister, wife, mother, friend and mentor.  She will be missed by any and all who were lucky enough to know her.

To send flowers to the family or plant a tree in memory of Brenda Gail (Baca) Morrison, please visit our floral store.

You can still show your support by sending flowers directly to the family, or by planting a memorial tree in the memory of Brenda Gail (Baca) Morrison
Share a memory
© 2022 Parker and Elizabeth Funeral Home & Crematory, LLC. All Rights Reserved. Funeral Home website by CFS & TA | Terms of Use | Privacy Policy