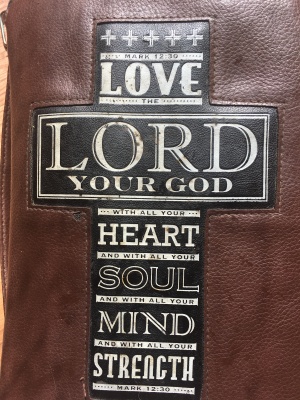 Mitchell Kade Klatka was born in Holyoke, Colorado on March 23, 1977 to Linda (Worley) and Jason Klatka.

He was their only son and the 1st grandson to both the Worley and Klatka families.  After his parents divorce each parent remarried and each gave Mitch a sister.  Carissa McGuire-Hostetler and Makenzie Klatka

Mitch loved to make people laugh and will be affectionately remembered for his many hilarious Mitch-isms and stories.

After their divorce he moved back to Colorado and lived with his cousin Angela(Klatka) Hamilton and stayed with her and her family for a couple years while he pursued and completed his certification to become an airplane mechanic (like his Paternal Grandfather, Donald Klatka).

Once he graduated and was certified he was immediately and gainfully employed but with a small company in Alaska so once again left with a back-pack to pursue a dream and impress a few non- believers.

There he met, courted, fell in love and married Cynthia (Ahyakak) Klatka July 16, 2005 who gifted him 3 children In Anchorage, AK: (son) Ryder James, born Dec, 15, 2005 (daughter) Brayden Kade, born Jan 21, 2008 and (daughter) Brycelyn Jo, born April 19, 2010.  During this time he changed professions to truck driver as this pay better suited a family of 6 (including Cynthia’s eldest daughter Nanci, who became a daughter to Mitch as well).

Mitch loved having such a close knit family as he built up and married into in Alaska, and totally loved being called Dad by his darling children. He struggled greatly for years deciding whether he should stay in AK or not. He eventually moved back to Parker, CO to live with his cousin Angela Hamilton again and pursue seminary school.  He was most active in and with the church and volunteered with the youth groups and the celebrate recovery groups.  He prayed and worshiped and sought prayer and guidance to bring his family back together every chance he got.

He struggled with transportation recently and decided that a motorcycle would be most economic and soul freeing, so he purchased a Harley in July and another on Saturday Feb 16th on which he took his last breath on that Wednesday Feb 20th, 2019 afternoon.

He was preceded in death by his Uncle Kerry Klatka, and Grandpa Bryce Worley and will be forever and fondly missed by his immediate and extended family members including generations of cousins and aunts and uncles etc.