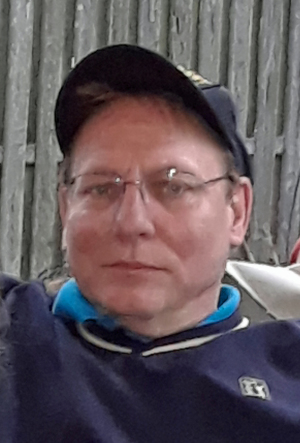 James “Jimmy” John Fedorco, 54, of Aurora, CO passed away on December 28, 2019 in Denver, Colorado after a 9 month battle with Leukemia.

Jim was born in Perth Amboy, NJ on August 1, 1965 and was a resident of Carteret, NJ, where he graduated Carteret High School in 1983. Shortly after Graduating, Jim followed his Dad’s footsteps and began working for United Airlines at Newark Airport– first in Catering, then in Ramp Services.  In 1993, he followed his brother to the Denver area and settled in Aurora.

After completing 25 years of service as a union member of the IAM with United, he moved on to the Teamsters employed at ACME Distribution in Aurora until his passing.

Although a lifelong bachelor, he enjoyed the helping raise the children of his brother and some close friends. He enjoyed travel and golf, often combining the two – playing around the world and continuing deep friendships with many people, especially in Australia.  Jim was also a huge fan of the New York Giants for many, many years…

He is survived by his beloved mother Joyce, his brother Gary, his sister Jennifer Oslislo with her Husband David and niece Evangeline of Marlboro, NJ. In Colorado, he is survived by his older brother Richard Jr, nephew Eric and nieces Katherine and Victoria, all of Aurora, Colorado. He also had a large extended family in New Jersey, Ohio and Maryland. Tahnee and Corey Thornton of Virginia Beach, Virginia also referred to Jim lovingly as “Dad”..

Jim was predeceased by his father, Richard Sr. of Marlboro, NJ – who passed away this past July.

The family would like to thank the Doctors and Nurses of Colorado Blood Cancer Institute, Kaiser Permanente, and Skyview and Presbyterian/St Luke’s Medical Center for their tireless work over the past several months.

Please consider a donation to the Leukemia and Lymphoma Society (lls.org) in his memory.

To send flowers to the family or plant a tree in memory of James "Jimmy" John Fedorco, please visit our floral store.