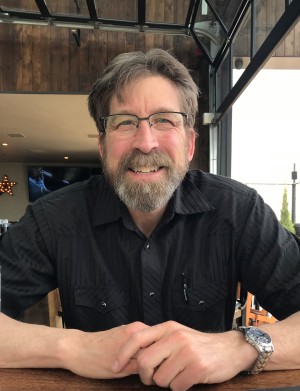 James George Moore, 58, returned Home to the Lord on March 9, 2019 in Denver, CO. James was born April 6, 1960 to Marnie Buckley and Willard Moore on an Army base located in Wurzburg, Germany.

From the moment James entered this world, the universe knew that he was destined for greatness. God had magnificent plans for James that would gradually unfold over time...even if he did not know it yet.

In 1977, James received his GED from Smoky Hill High School in Aurora, CO. In 1978, James started trade school studying heating and air conditioning at the Denver Institute of Technology. Throughout his young-adult life James lived in Arizona, California, and Alaska holding HVAC and construction jobs—even working at NASA as an A/C tech, studying film production and creating several short films that had his own twist on classic movie genres. From one job to the next James became stronger and strived for a better life for himself. It was in 1993 that James founded and became the president of Moore Heating & Air Conditioning Inc. The following year, James met the love of his life Jyl and they married in 1995. A few years later, they welcomed a daughter, Katerina and then a son, Connor. In 2010, James and Jyl traveled to St. Louis where James competed for the Top Nate Technician and was awarded second place amongst six other competitors. Through the twenty-six years of its operation, James ran Moore Heating with honesty, integrity, and pride.

James had the brain of a genius. He greatly enjoyed reading and writing, knew a plethora of different facts, had a photographic memory, and could fix something just by looking at it. Occasionally, James would even rewrite the ending of books when he disagreed with the conclusion.

He is survived by his devoted wife Jyl, his children Katerina and Connor, his brother Charlie Moore, his mother and step-father Marnie and John Buckley, and his aunts and uncles Nancy, Tom, John and Nell Slocumb, as well his cousins.

James was infamous for his unique sense of humor, for always making those around him smile, for his compassion for others, and for his endless faith in even the darkest of times. As James had said, “it is not the end, it is the beginning.”