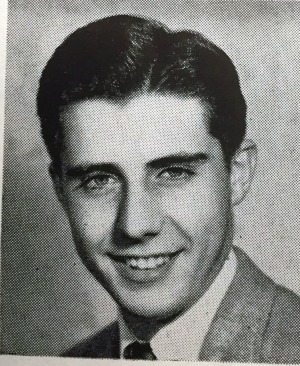 James Edwin Garlock, age 84, passed away at his home in Parker, Colorado, surrounded by his family on Sunday, May 5, 2019. He was born on December 16, 1934 in Salem, Ohio the son of the late Otha and Dorothy (Brown) Garlock.

Jim graduated from Salem High School (Salem, OH) in 1952 and shortly thereafter moved to Chicago.  He was employed by Delta Airlines where he met his wife Catherine O’Connell.  They were married April 30, 1960 in Chicago.

Jim enjoyed a long career with Delta Airlines, beginning his career in Chicago, IL, then Louisville, KY and finally Denver, CO where he retired after nearly 40 years of service.  In retirement Jim loved fishing, traveling to Europe and Mexico with his wife, rooting for his two favorite college teams – The Ohio State Buckeyes and University of Kentucky Wildcats,  playing the slots with his son, and spending time with his two dogs.

He is preceded in death by his wife, Catherine and survived by his loving children; daughters Michelle Garlock of Parker, Maureen Bilbrey (Mike) of Parker and son Scott Garlock of Thornton.  He is also survived by three grandchildren; Sarah Garlock, Kyle Garlock and Sean Garlock; and his two beloved dogs, Sami and Scooter.

“ I have fought the good fight, I have finished the course, I have kept the faith” – 2 Timothy 4:7

To send flowers to the family or plant a tree in memory of James Edwin Garlock, please visit our floral store.

You can still show your support by sending flowers directly to the family, or by planting a memorial tree in the memory of James Edwin Garlock
Share a memory
© 2020 Parker and Elizabeth Funeral Homes & Crematory, LLC. All Rights Reserved. Funeral Home website by CFS