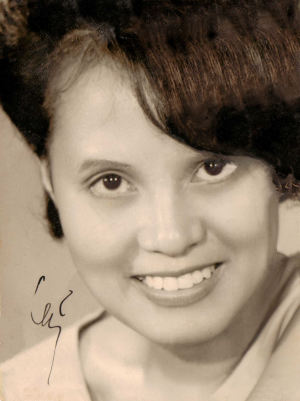 Hai Gombos, 75, of Parker, Colorado, died Thursday, November 28, 2019, in the presence of her family at the University of Colorado Hospital, Aurora, Colorado.

Hai was born in Nam Dinh Province, Vietnam, on November 18, 1944 to Dinh Phan and Bien Pham. Her family relocated to Nha Trang, Republic of Vietnam, when the country was partitioned in 1954. It was there, while working a receptionist in the USO, she met and married Sergeant Larry Gombos, USAF, on February 14, 1969. Hai traveled around the world on Larry’s assignments; her Vietnamese egg rolls were a hit everywhere she went. With hard work and perseverance, she became a naturalized citizen of the United States in 1985. Hai enjoyed sewing, knitting, embroidery and Hawaii vacations but her favorite pastime was watching her grandchildren, Steph and Jake, play hockey.

Hai is survived by her husband, Larry A. Gombos of Parker; a son Larry A. Gombos, Jr. and his wife Bobbi Collins, grandchildren Stephanie Vagias and Jacob (Bizkit) Gombos of Littleton, Colorado; a brother, Thieu (Katherine) Phan of Wichita Falls, Texas; sisters Ninh (Tai) Cotan of Las Vegas, Nevada, Dung (Linh) Nguyen of Orlando, Florida, Nhu Truong of Sacramento, California, and Chi Phan of Nha Trang, Republic of Vietnam; an Uncle, Anh Phan and an aunt, Tinh Hoang, both of San Diego, California; and many cousins, nieces and nephews in California,  Florida, Nevada, Texas and Vietnam. She was preceded in death by her mother, father, and two brothers Khang Phan and Tuan Phan.

Burial will be at Fort Logan National Cemetery following a private memorial for immediate family. The family of Hai Gombos deeply appreciates the loving care the doctors and staff of University of Colorado Health provided Hai over the years and especially her final days. In lieu of flowers, memorials may be made to the University of Colorado Hospital Foundation.  https://www.uchospitalfoundation.org/

To send flowers to the family or plant a tree in memory of Hai (Phan) Gombos, please visit our floral store.